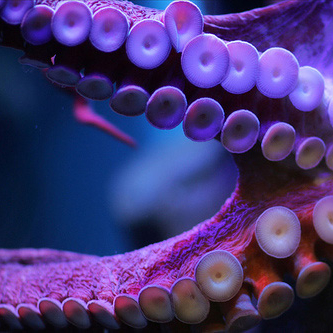 At the beginning... There was the game case.

Christmas is over. Your parents just got you a PlayStation console so that you stop complaining about your friends being spoilt. However, they did not know one thing: At 2100FF (~450€, counting the inflation) the console was sold without a game. And immediately tears come to your eyes.

Well hey wait. No. You got pocket money. You feverishly count how much you have: 300FF (~65€). Fine, it should be enough! You run to your local shop and arrive to a game shelf. Phew, you just have the right count to buy a game. Now you have to choose. And, at the time, you had no Internet connection and specialized press was pretty much inexistent. So you start inspecting the game cases...

When you bought a PlayStation Game, you usually got a game case.

Note: This is the description of a PAL game case as I am a European player

The front cover shown the game's logo and main artwork. Sometime your would also find the game publisher's logo. In the top left corner of the cover, you could find Sony's original PlayStation logo and a small rectangle specifying the game's region: PAL. At the bottom was a large black strip with a white PlayStation trademark or copyright slightly displaced to the right. Above the case, in the lower left remaining space, was an holographic PlayStation Licensed Product sticker. The back cover summed up the game story with some pictures to appeal the customer. Usually, the game publisher's logo was also displayed here. Clear text and icons indicated how many players could play the game at the same time, how many memory card blocks were required to save the game, the manual and on screen languages... and so on.

A mention specify that the software is only compatible with hardware displaying the PlayStation logo and the PAL region.

You bought a software. You didn't bought a game. That was serious.

At the right of the back cover, a vertical black strip contained the PlayStation logo (again), developer and publisher informations but also the following short text:

FOR HOME USE ONLY. Unauthorised copying, adaptation, rental, lending, re-sale, arcade use, charging for use, broadcast, cable transmission, public performance, distribution or extraction of this product or any trademark or copyright work that forms part of this product are prohibited.

Guess that many Twitch streamers are pretty much outlaws by now. Among other information like the standard health warning, the product's barcode and the ELSPA rating is another one very important: The Compact Disc wordmark.

The left and right side black strips displayed the PlayStation logo once again, then the game's region, it's title and it's Game ID.

It would be THIS game. Artwork seems amazing. Gameplay picture looked awesome. You tossed your money at the clerk and ran to your home. You unwrap the blister protecting the game case and finally, open the box...

Inside the game case, you would find the game's manual. It has all elements again:

It would first explain how to insert the game disc and memory card into the PlayStation before powering it on and then specify all game related information: story, commands, screens...

It usually contained many artwork and niceties to start to immerse the player in the game's universe.

At it's end you would find Customer Service Numbers dans Games Hotlines. Yes. It was the 90's, and Internet was not yet what it is today so you had to use other means to help you when you got stuck in a game.

The jewel case hold at least one game disc.

Yet again, you'll find visual cues that you already got on the box and manual but, this time, on a round 12cm digital optical disc.

Sony's PlayStation discs were coated in a black transparent film. This could not be done easily (read: impossible) by a normal Compact Disc consumer, so Sony thought that it would be a nice solution to make piracy more difficult. A buyer would know immediately that a black disc was an original PlayStation disc, while a silver one would be a rip.

Plus, it gave a distinct look to the product to stand out of the raging game war at that time. Next to the game manual and game disc, you would find additional parts like posters, artworks, help maps, promotional flyers. You take out the game disc from the case, open your PlayStation lid and insert the disc. You press the power button.

You witness a scene that will haunt you for the rest of your life.